Sailing on the steamship George Washington from the German port of Bremen, eighteen year old Feige Kolik arrived in New York on the 8th of June 1914. Ellis Island immigration officials recorded Abram Kolik from “Yurevics, Minsk” as her nearest relative, dressmaker as her occupation and uncle Yosself Atlas of 1562 Madison Avenue, New York as her American host.

Feige’s timing was good: World War I started on 28 July 1914. Feige arrived a few months before transatlantic commercial services from Germany stopped. Her ship, the SS George Washington, was at its Hoboken NJ terminal when war started and remained there until seized by the United States upon its entry into World War I in April 1917.

Yurevichi was a very small town in Imperial Russia, but on line 7 of the same manifest we see 17 year old Yurevichian Frume Kaufmann.  Frume’s father was Mottel Kaufmann and her host was cousin Mase Landerboun of 31 Morgan Ave Hartford, Connecticut.  Very likely, they were friends who made the journey together.

Feige Kolik is listed on line 29 of the SS George Washington’s manifest.

Feige departed Bremen, Germany, on 30th of May 1914. In the 19th and 20th centuries, Bremen was the busiest port for embarkation for emigrants from Central Europe traveling to America.

The SS George Washington was build in 1907-1908 for North German Lloyd and launched under the German flag on 10 November 1908. Half of its 2,700 passengers sailed in steerage class. 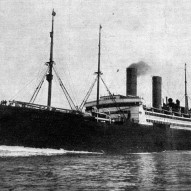 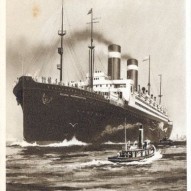 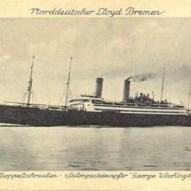 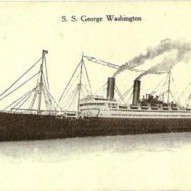 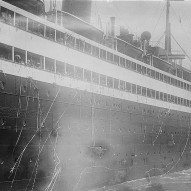 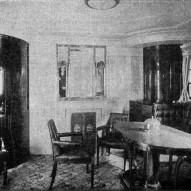 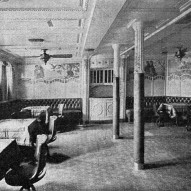 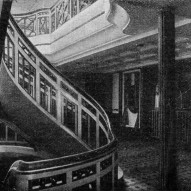 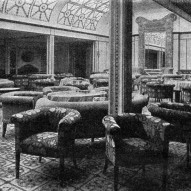 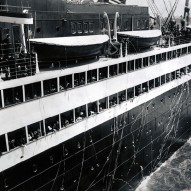