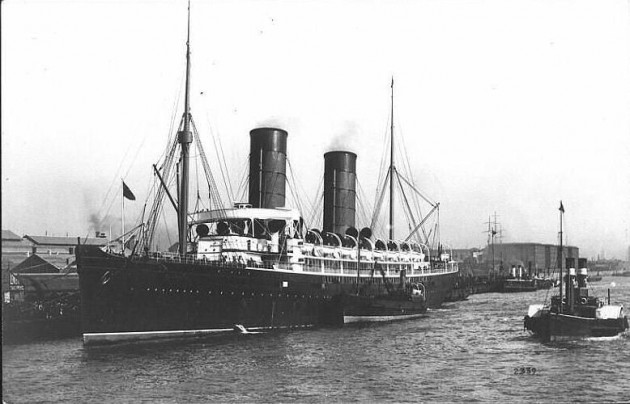 Boarding the S. S. Campania in Liverpool, Yossel Atlas sails alone to New York in May 1904, leaving behind his wife Bessie and children.

The Ellis Island ship manifest lists him on line 11 as “Josef Atlas”, a 30-year-old merchant from “Pelzeuizne”.  That is an unknown city and likely incorrect because it is ‘dittod’ from the lines above his.

The passenger manifest markings include 15743, which may be related to his naturalization years later, and “In Hospital ADMITTED”, which may apply to the passenger listed above his line.

Joseph was hosted by his cousin M Selenko of 119 East 103rd Street in New York.

Launched in 1892, the S. S. Campania was a Cunard Line ship that could cross the Atlantic in less than six days and became the first ship fitted with a Marconi Wireless Telegraph1.

Yossel Atlas was a Milliner