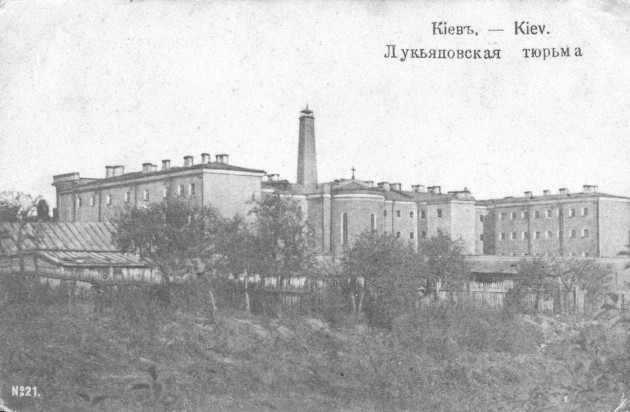 Returning to the U.S.S.R. after emigrating fifty years before, Harry Dubrow and his wife Lea land at Kiev’s Boryspil airport. They are looking forward to seeing their family such as Harry’s cousin Hana Yaroker. Harry has money for Hana that her sister Fannie Hofstein asked him to deliver.

Harry Dubrow was born Aron Dubrovsky in Imperial Russia. He and his wife Lea emigrated sometime before 1921 to Israel and then America. They have not seen their families since they left. Harry’s mother (name unknown) and Hana’s mother Hasia Kolik were daughters of the blacksmith Itzhok Yankiv Schwartz.

The year is around 1968 and the Dubrows are on a packaged tour organized by Inturist, the state-owned travel agency that oversees all foreign visitors. Viewed as spies by the Soviets, American visitors were not free to tour on their own. They stay with their group in an approved hotel and visit allowed sites.

Shuttled on a Soviet bus, the Dubrows arrive at their hotel. Harry Dubrow wishes to contact his cousin Hana Yaroker, but Hana’s apartment does not have a telephone and the Dubrows can’t just take a taxi. Harry decides to send a postcard to Hana and mails it from the hotel. Harry writes:

We arrived in Kiev and are staying at the Inturist hotel. Come meet us here. I have $80 to give to you from your sister Feige. We are looking forward to seeing you. Harry Dubrow, Inturist Hotel, Kiev

Visiting the Inturist hotel a few days later, Hana meets the Dubrows for breakfast in the hotel’s restaurant. The waiter comes and everyone places their breakfast order. Harry orders a hard boiled egg.

While reminiscing and discussing their lives in the two different countries, they are served breakfast. Preparing to break the shell with his spoon, Harry taps the egg but the spoon goes straight through. The egg is empty! Harry was served just the shell. The hotel’s wait staff is laughing. Leaving the table, Hana and the Dubrows go up to the hotel room to finish their breakfast.

In the hotel room, Harry says that he has money for Hana from her sister Fannie. It is $80. Voluta, hard currency, real money. There are voluta-only stores in Kiev where luxury goods like food can be purchased when the state-owned stores are empty. Eighty American dollars would mean a lot to the Yaroker family. Having foreign currency was a big deal in the U.S.S.R.

Hana refuses to take the money. The Dubrows insist, but Hana still refuses. Making plans to meet again, Hana and the Dubrows say goodbye and Hana leaves the hotel.

Waiting outside the hotel, the militsiya (Soviet police) see Hana exit and approach her. “You have 880 voluta,” they say. It is illegal for a Soviet citizen to have foreign money. The militsiya demand the eight hundred eighty dollars from Hana. She says she does not have any money, but they don’t believe her. Hana is arrested and driven to prison.

Seeking the eight-hundred eighty dollars, the militsiya strip search Hana at the prison. Not finding the voluta, the militsiya head back to the Inturist hotel.

Confronting the Dubrows at their hotel room, the militsya tell them that Hana is a currency trader and accuse them of being accomplices. It is illegal for the Dubrows to give her money, the militsiya say. They are going to confiscate the eight hundred eighty dollars. Whoever spied Harry Dubrow’s message on his postcard to Hana mistook the funny squiggle for the number ‘8’ and not the dollar symbol ‘$’. The Dubrows are confused by the $880 demand. Frightened, the Dubrows pack and leave Kiev the next day, thinking that they have gotten themselves mixed up in Hana’s illegal currency trading activities.

Released from Lukyanivska prison late at night, Hana came home to her daughter who was scared because she did not know where Hana was. The Dubrows returned to America to report to Fannie and Sarah that their sister was a currency trader.

Basia and Her Son Evacuate from Kharkov to the Ural Mountains

Hana and Her Children Evacuate from Kiev to Kazakhstan

Mihail Yaroker Bicycles from Kiev to Kaniv and Gets Arrested